We are all different and so we all want different things. From dishwasher to executive chef, there is a drastic shift of responsibility and duties but neither extremes have much opportunity to do the desired: cook. A dishwasher seldom handles food beyond fetching. An executive chef’s time is taken in meetings and managerial tasks related to kitchen operation. So where is the sweet spot?

Well, right in the middle sounds pretty sweet: a lead cook, one step short of a salaried chef de partie. Why? First, you get to cook. Every day. Whether it be on a restaurant line staring at 50 chits on the board, in a prep kitchen sighing at bus bins of shallots to brunoise or in a make-shift plating area meticulously placing one element of the seven-component salad on each of the 800 plates in line. You get to do a lot of other things too, though. You’re first in line to help with special events or menu plan. You can get your hands dirty learning about ordering or writing the schedule. You can even opt-in to plan your own staff parties or cook the family meal. Or not, though. You can opt out of those responsibilities just as easily, and with no penalty. A chef de partie is the one that has to do those things, and they have to do them for as long as it takes because they’re salaried.

On the flip side, I have had the occasional wonderfully stress-free dishwashing moment. Your responsibility: ensure the restaurant never runs out of plates. Got it. Dishwashing is hardly something most cooks-by-trade would find satisfying day-in and day-out nor will it suffice to pay the bills, but its a nice vacation from the ridiculously fast-paced line-cooking pressure. Luckily, lead cooks are not always too far above the washing of dishes.

The money mostly sucks anyway, though. Every professor in culinary school reiterated the crap money you will make as a cook and stressed the amount of passion you have to have for food to survive as a cook. This is mostly true and though there are well-paying cook jobs out there, a more important aspect to consider is how much money is worth your time.

The difference between chef de partie and one step below is the difference between living to work and working to live. Hourly means having a life outside work. It means being able to clock out when your shift is done – or shortly thereafter, because let’s not be the asshat that leaves everything empty for the next day – and go home without reservation. It means not being the first call when something goes wrong, though you might be the second or third. And sometimes, when it comes down to it, you’ll even be paid more per hour than your chef de parties, all of those luxuries aside.

For some, there’s more to life than work, despite the paycheck. Some people will spend time outside work improving their skills for work. Some people have more important priorities like children or a side hustle. Some people require a more prominent life part of the work-life balance in order to be at optimal performance at work. It goes both ways but know your own balance.

In a world where moving up and getting promoted and rising to the top is what’s often expected, it’s not right for everyone at every time. What you want from your job, besides money, can be exactly what’s offered in the middle or at the bottom and nothing more. So why change? There’s no sense in soaring up to a rainy life. 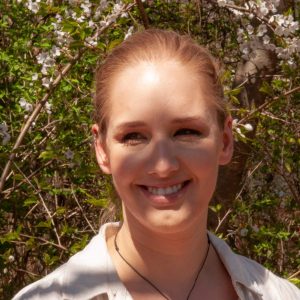 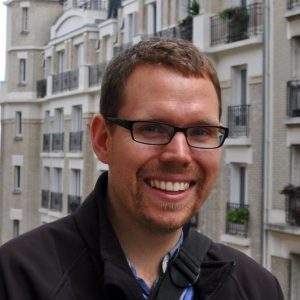